Whenever we publish a book, we try to encourage the author to think about doing a hardcover, collectible limited edition of their book as well.  Hardcovers are easy to produce once the paperback is done and we usually throw in hardcover production at no additional cost.  Hardcover editions are perfect for gifts, great for book signings, and with a little creativity they can increase in value and demand on the book collector’s market.  It’s easy to produce a limited, numbered, signed edition of the book, with the author’s signature and the artist’s signature if the book contains art.  You can decide how many copies to number in the limited edition depending on how well-known the author is.  The general collector’s rule is, the more famous the author, the greater the number of copies you can get away with in the limited edition before you sacrifice the value.  If an author is relatively less known or doesn’t expect to sell or give away many hardcover copies, then 100 numbered, signed copies in the series should be plenty.  In addition to signing and numbering a book, there are other creative ways to create interest, demand and ultimately value in the market. A good example is a rare edition of Ray Bradbury’s “Fahrenheit 451” which was bound in asbestos, a wonderful marketing gimmick which ties in well with the book’s subject matter, The book was limited to 200 numbered, signed editions. 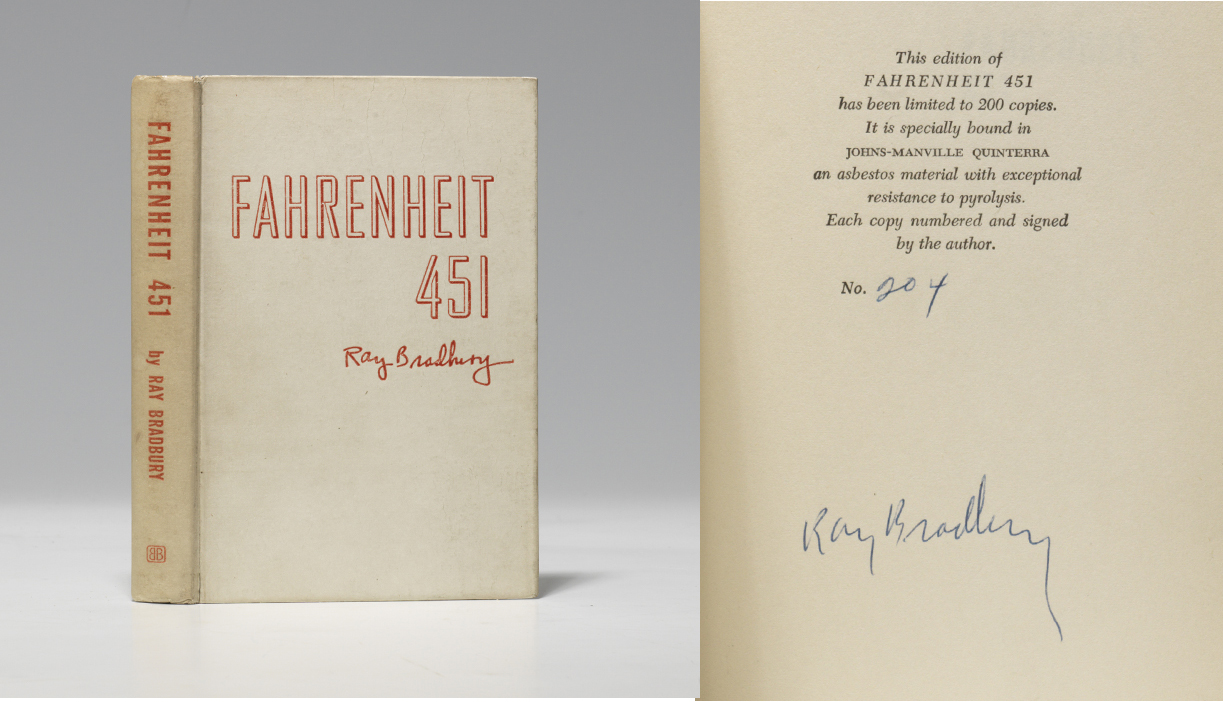 When Morrison, Raven-Hill published Forrest J Ackerman’s “Lon of 1000 Faces” in 1983, we released the hardcover limited, signed edition with 200 numbered copies and then 26 lettered editions A – Z. The book was a collection of memoirs and over 1000 never before published photos of the great actor Lon Chaney Sr., the Man of 1000 Faces. The memoirs were written by people who had worked with Lon Chaney or grew up with his films, their own great work having been influenced by his work. The limited editions were signed by, among others, author/editor Forrest J Ackerman, Ray Bradbury, Robert Bloch and Kenneth Strickfaden (Strickfaden, or “Strick” to his friends was well known as the man who designed and built all of the electrical laboratory machines for Universal’s “Frankenstein” and hundreds of other films. But he was also the man who rigged the crashing chandelier in Lon Chaney’s “Phantom of the Opera” on the Universal Stage 28 in 1925 and worked with Chaney on other films as well.) In order to create extra intrigue and make the limited edition more collectible, I had the idea of adding a silk book mark to the spine of the book. On the end of the silk book mark was a small capsule that contained some of Lon Chaney’s actual make-up from one of his original make-up kits belonging to Forrest J Ackerman. Without touching any of the main contents of Chaney’s original make-up pieces, I was able to gather tiny loose pieces of putty and mortician’s wax and grease stick and other remnants from the kit and took them over to the home of studio attorney and producer Stanley Caidin in Beverly Hills. With Stan as a witness, I spent the evening combining the ingredients into a paste and mixed it with an epoxy and then inserted some of the compound into about 250 capsules and then inserted the end of the silk markers. Each of the makers were then permanently attached into the spine of each hardcover, and the affidavit that Stanley Caidin signed was printed onto the signature page of each limited edition. The hardcover, limited editions of “Lon of 1000 Faces” sold out in less than two weeks without any advertising. 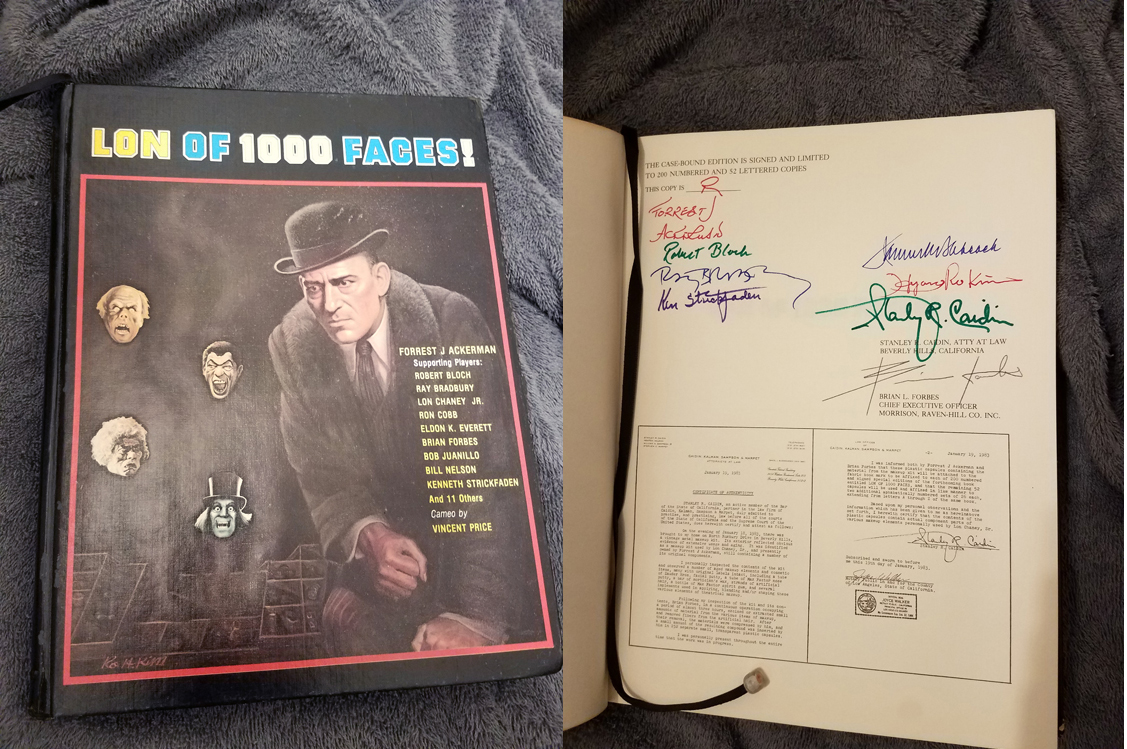 In 1984 Science Fiction giant A. E. van Vogt wanted to do something special to release his third book in his legendary Null A series, “Null A3″ So I designed a limited, signed, numbered hardcover that fit into a black slipcase box. Inserted and bound into each book was a half page of Mr. van Vogt’s original typewritten manuscript with his own hand corrections. The trim size of the hardcover book was 6″ x 9″, so the half page of his manuscript in each copy at 5.5″ x 8.5” fit nicely. These editions are going for over $1,000.oo on the collector’s market, at least at www.abebooks.com.

So if you are thinking of publishing your book, let McNae, Marlin and MacKenzie help you design a real collectible.